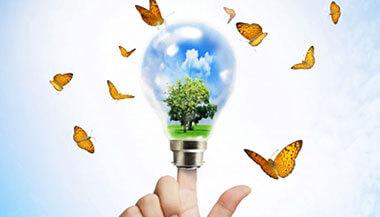 The problem with trying to get accurate information about solar power is that there is more than just the science to consider, and some people get off track with political, social and even emotional reactions to the subject of energy and the environment. However, people are not entitled to creating their own facts. To dispel the fog of misinformation, here are the top five misconceptions about solar power that are promoted by oil companies, coal producers and other vested interests.

Solar power augments the power you get from the local utility, or one can install a system that will supply all your needs.Solar-powered homes have all the appliances that other homes have—washers, dryers, computers, television sets, CD players, refrigerators and so on. To the degree that solar power gets you thinking about your power consumption, after which you may dump the gas lawn mower in favor of the human-powered variety, you may find any number of ways to reduce your needs. However, you don’t need to live in “the Stone Age,” which is the picture some opponents paint.

The prevailing misconception is that one must consume the energy as it’s generated or lose it if it is not stored. In this scenario, without storage batteries, (extremely expensive) there would be no available power at night. The net metering system allows the utility companies to “absorb” the energy your system would generate then credit you for the energy supplied. Consumption of energy is supplied from the power grid at any time during the day or night. First the credits are used up, and you pay only for the excess usage.

No technology is ever “finished” and science progresses in every area, but at different speeds and with differing rates of social adoption. Solar power generation is a fairly mature technology at present, and research and development continues, of course. That said, Solar has demonstrated that with the aid of incentives and rebates, a fairly hefty payoff in just 4-10 years. In the future as the technology becomes more efficient and cheaper, that figure will be reduced.

Power plants are expensive, too, but in this country most of the ones producing most of the power are paid for (average age is over 50 years), not to mention the large subsidies for the “public utilities” that figure into operating costs and customers’ bills. Still, even today you will find it less expensive to install a solar system than connect to the grid if you are more than about 500 yards from a utility connection.

This misconception is neatly tied to item #2 above. By being tied to the grid, as is the most common setup in residential areas, your home will no doubt be supplied with all the energy it requires on any given day, cloudy or dark. Your home will have power as long as the residential area is supplied with energy, the major difference being that your home will contribute to the energy grid and thus your energy bills will be greatly reduced. A fossil fuel backup generator may only be helpful in applications where being tied to the grid is NOT an option i.e. a cabin in the woods scenario. Even in this case a battery backup option can store any energy you might need. Other solar power myths and misinformation

Energy independence, not just for America but for Americans individually, can be achieved with the right mix of science, policy, and mindset. Solar power is a huge component of any “energy future” one can imagine, and is here, ready to use, right now. Yes, it will continue to evolve and improve, but it is already a mature technology with a proven track record. Don’t let misconceptions from naysayers and fossil fuel propagandists deter you from making solar power a part of your future.