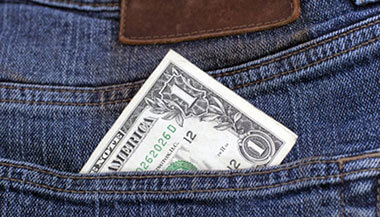 Some may admit to feeling a little guilty that “going solar” was, at least in part, motivated by a desire to save money. The important thing to remember in this case is the effect, not the motivation. If you can save money while doing your part to reduce carbon (CO2) emissions, so much the better, and there is nothing to feel guilty about. The environment stands to benefit most of all.

The numbers are very encouraging, and should dispel any lingering doubt about the economic and environmental cases for solar power.

Energy usage facts (All figures in this article are from the EPA unless otherwise noted.)

National figures show an annual average electricity use of 11,000 kWh (kilowatt-hours), a bit over 900 kWh monthly.

The approximate average cost of energy is $200.00 each month. The average American home emits over 16,000 pounds of CO2 annually. It takes 24 trees to offset that. The figures seem even more compelling when you compare them with auto use. The average person drives 12,000 miles each year with an approximate rating of 20 MPG. this “average car” will use 600 gallons of gas in a year.The EPA estimates 19.4 lbs. CO2 produced per gallon used. 19.4 lbs. CO2 / gallon x 600 gallons of Fuel = 11,640 pounds CO2 emitted. If you go solar for all your electricity use, you are taking the equivalent of 1.37 cars off the road. Think what an impact just your neighborhood, much less your city, could have on carbon emissions by installing solar power systems!

When we project energy savings from solar as an experiment let us consider what would happen if a mere 5% of American households offset their energy use with solar power. In 2007, the U.S. Census Bureau estimates that the number of households in America was 111,162,259. Rounding up we get 112 million, so 5% is 5.6 million households. That’s a large number of homes and it yields an impressive win for our environment, if it came to fruition:

The solar power industry is unique in many ways, and one of the most interesting aspects of how it is marketed and “sold” to Americans is its reliance on science, statistics and sense. In few other industries is a fully informed, skeptical and cautious consumer welcomed as warmly. The fact is, everyone involved with alternative energies and energy conservation knows that education is the key to encouraging adoption of new, environmentally friendly energy sources.

The EPA, Sierra Club and various other environmental agencies and organizations provide a wealth of information about the impact of energy use on our planet. If you want to be an informed consumer, do some reading. If you are considering an investment in a solar power system, consult people who are knowledgeable in the field. Get the facts, use your head, and you will likely find that your wallet will agree with you about the benefits of a solar power system for your household